Motorsport fans are being offered the chance of a lifetime, to spend a weekend at The Goodwood Festival of Speed alongside three-time Formula One World Champion and Scottish racing legend Sir Jackie Stewart, as part of a new silent auction to raise funds for Race Against Dementia.

The premium auction, which is being held online and open to the public, launches today and will run until Friday 24th June with sporting experiences, premium goods and luxury Scottish getaways ranging from minimum bids of £100 to £25,000.

Also up for auction is a Ferrari Roma for the weekend, and an exclusive Formula 1 track-side experience at Silverstone for the British Grand Prix with a tour of the McLaren garage.

Money can’t buy exclusive sporting experiences and bespoke luxury goods have been listed for auction, in a bid to raise vital funds for the global charity. All proceeds from the auction will go to Race Against Dementia, which funds innovative research into new treatments that will beat dementia, a disease which impacts 50 million worldwide including Sir Jackie Stewart’s beloved wife and once trusted stopwatch, Helen.

Among the lots there is the chance to attend the 2023 Goodwood weekend with Sir Jackie Stewart. The winning bidder plus guest will be hosted by Sir Jackie at his Country Estate in Buckinghamshire with dinner and accommodation at his home. They will fly by helicopter to The Goodwood Festival of Speed held in Sussex and will get to enjoy the sporting action alongside the 3x Formula One World Champion.

A host of Scotland’s top brands are also included within the lots featuring Goodwood, Knockhill, Gleneagles Hotel and Glenfiddich.

It is being held as part of the Sir Jackie Stewart Classic – presented by Rolex, taking place at Thirlestane Castle this weekend (18th and 19th June).

The Sir Jackie Stewart Classic event will showcase his legendary career with live motorsport action and an award-winning classic car show, plus memorabilia and a stunning display of his cars including those from Formula One

The family-friendly event will be one of the biggest of its kind in Scotland and will also include entertainment, a food and drink village and an arts and crafts pavilion. 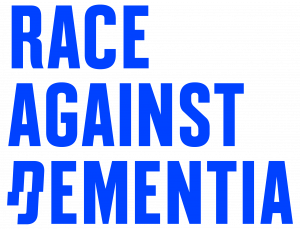